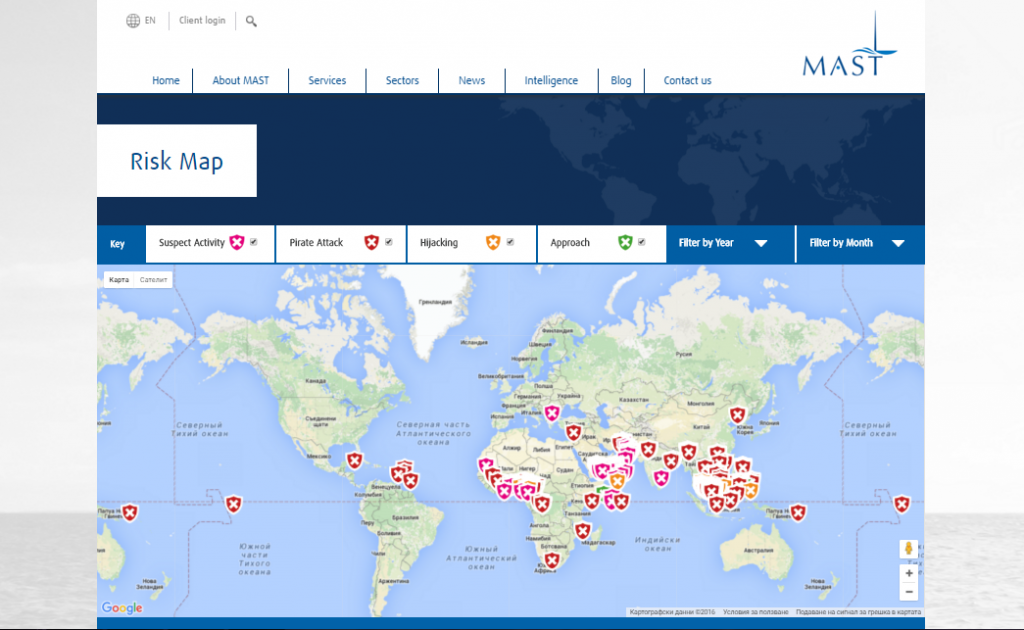 Conflicts and tensions in the Middle East, Far East and North and sub-Saharan Africa pose a real threat to the maritime environment and some of the world’s most important shipping lanes, maritime security company MAST has warned.

Concern over the decision to reduce the High Risk Area (HRA) in the western Indian Ocean, conflicts in Yemen and Libya and tensions around the Spratly Islands should be viewed as serious threats to the shipping industry and global trade, MAST believe.

The stability of Somalia and Yemen are intrinsically linked and the two countries border either side of the Gulf of Aden, a major shipping route into Europe, the security company says. The reduction of the HRA in the western Indian Ocean, despite the retained capability of Somali coastal communities to launch pirate attacks, combined with their collaboration with some in Yemen at the height of the attacks in 2008/09, makes the area a potentially dangerous route for commercial vessels and trade into Europe.

Moreover conflict in Libya and the potential for political instability in Egypt are factors that shipping companies should keep in mind. On the one hand Libya sits close to the Mediterranean trade routes, and on the other, Egypt controls the strategically vitally important Suez canal. International tension around China’s approach to the Spratly Islands should also cause concern within the shipping community, given their location and China’s aggressive defence of them. Commercial vessels may already be re-routing around these islands and any escalation of tensions in the area could cause increased disruption to trade in the Far East.

Asia was also the most active region for maritime crime in 2015, according to MAST’s new Risk Map. There were a total of 386 maritime crime incidents reported, with 66% of all pirate activity taking place in Asia (255 incidents) compared with 16% around the Horn of Africa and 17% on the West African Coast.

A total of 62 counts of maritime crime were counted in the Horn of Africa, with nine logged as pirate attacks. These numbers are a significantly low for the area which was traditionally a piracy hotspot and at its peak in 2008 cost the global economy around $6bn.

Of the 255 incidents in Asia last year, 97% involved a ship being boarded by unknown assailants with almost half (47%) resulting in a robbery, and 10 cases leading to the ship being hijacked.